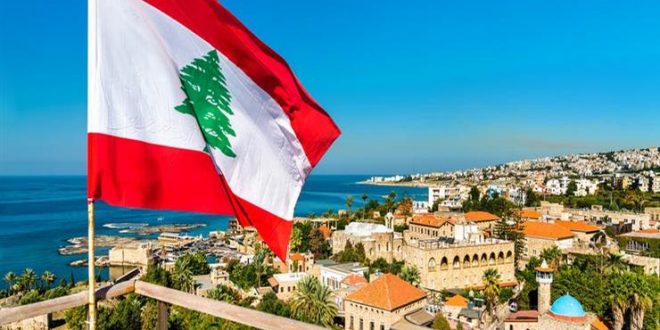 Speaking to Sky News, Raoul Nehme said he was 100% confident an international bailout will soon be agreed.

We are living through a storm, a crisis that is in my opinion unseen worldwide,” Mr Nehme said.

Asked whether it is fair to describe the country as a failed state, he said: “Of course it is a failed state in the sense that the economic crisis is such that everything has collapsed basically. Now the government is doing, in my opinion, everything that is needed to get out of this crisis.”

He spoke frankly about the failures of past administrations.

“We are paying the price of bad management of the economy and of the fiscal side of budget imbalances and balance of payment for 30 years. And we are paying that today… a lot of people who were well-off are now on the brink of poverty.”

Over the past few months, Sky News has reported on the extent the economic breakdown.

Families across the social spectrum have seen savings disappear, jobs lost and homes taken away from them.

Electricity in the capital, Beirut, has been cut to just two or three hours in every 24.

The head of the country’s largest public hospital warned of a shortage of power and a cut in the import of medicine because of the massive inflation rate.

Reacting to the lack of electricity, the minister said it was a supply problem rather than a funding issue.

“It is terrible, not only terrible, it is absolutely incredible – it’s the chain of supply that has broken down,” Mr Nehme said.

The government has been engaged in talks with the International Monetary Fund (IMF) for several months but no bailout has yet been agreed.

IMF officials have said financial help can only come when fiscal reforms are put in place.

But even before that, Lebanese politicians seem unable to agree on the bailout mechanism and the size of the deficit.

The government plan presented to the IMF estimated the financial sector losses to be about 241 trillion Lebanese pounds. Converted, that is somewhere between £50bn and £55bn – three times the country’s economic output (GDP) for this year.

However, some Lebanese politicians and bank bosses have said that is overstating the size of the financial hole, leaving IMF chiefs exasperated. Mr Nehme conceded that it is up to politicians in Lebanon to coalesce around a plan.

“Look, I think it has been very clearly stated by the IMF our numbers as a government are the right numbers.

“I think at the end of the day they (the Lebanese parliament) will have to agree to it because number one: these are the right numbers and number two: we have no choice but to go to the IMF.”

The chances of a bailout were, he said: “100%… it doesn’t mean accepting all the conditions of the IMF. But the IMF is the solution.”

Some political figures, including Hassan Nasrallah, leader of the Iranian-backed Hezbollah movement, have suggested that the country should “look east” to China and Iran for financial help.

But the economy minister said no one would invest in Lebanon until a framework is in place through the IMF.

“I don’t think first that China will give any dollars without the IMF. No investor will put in $1 if he is not sure that he’ll get it back. Once the IMF is done and reforms are done my answer is: yes! I don’t think Iran in the current geopolitical situation is the solution,” he said.

Mr Nehme said he appreciated support already received from the EU and the UK.

“We are going to come to a situation where for example we need massive investment for electricity, for transportation, for telecommunications and so on, and I hope the UK will be behind us,” he said.

“It will be painful, it will be long, but it will happen. I am very confident that at the end of the tunnel the light is there.”