In his enormous 7 stars bedroom, the King was sleeping, as the royal giant he is. It was 11 p.m. He had just finished eating a meal that was worth three families’ mortgages, and had just enjoyed his foot message from two beautiful goat-head ladies as well, it is a fairy tale in a missed up fictional world, just to make sure that we are in the clear here people. Then all of a sudden, the King woke up in the middle of the night! He had the most boring dream he ever had in his entire life! So boring, in fact, that he wanted to get up from it, get himself a diet coke, and come back again.

He took a sip, and started remembering how his dream went. It was a very simple dream that had a very basic premise to it. It was his majesty, sitting on a chair….from 9 p.m. to be exact. He was sitting still the whole time.

After he drank his beverage, he got back to sleep. To get back to his dream’s “chair”. His dream turned into a nightmare, as his jaw open up slowly, and all of his teeth fell off! Except, for just one tooth in the middle! He woke up frightened! Then, he felt his mouth…his gums..then his glass of water next to him, in which he keeps his replicable set of teeth. Then he commanded his guards with great determination ” Get me a fortune teller immediately!!!”.

After a warm bath, the King was all wrapped up in his red, cozy, fancy red rope…sitting on his throne, waiting for the fortune teller to tell him about the meaning behind his strange dream.

“Stevo” the gypsy traveler, came to the castle for the first time in his life. He was in mesmerized when he witnessed the King’s glorious golden throne.

In his majesty’s presence at last, I saw the gypsy tremble in fear, as the giant King roared ” Interpret my dream at once!!”.  In haste, Stevo replied ” All of your relatives will soon die. And you will be left alone, to bear a very long and lonely life.”. Needless to say, that Stevo was sentenced to death, and was scheduled to be guillotined after four days of torture.

While “Stevo” is being dragged down to the medieval dungeon. “Seedo” the Egyptian guy who was walking around the kingdom this whole time, and decided to dive straight in, uninvited. He came inside the castle, walked the red carpet, and said to the King ” Congratulations!! You will be enjoying a very long and fulfilling life! So long infact that you will surpass all of your relatives life times!”. The king smiled in joy then said ” First of all, how the hell did you get in here ? Secondly, here..two tons of gold! All yours!”.

The moral of the story is, the way you deliver any kind information, can either get you killed or rich.

After three days, Godzilla destroyed the whole Kingdom. Tragically, his majesty was squashed among everyone else. I was the only one that survived. Because, I had a real fortune teller, it was Snapchat ! 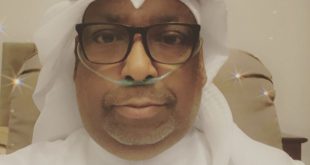